Corey has a number of exceptionally high quality tutorial series on everything from Python basics to Django and Flask:

Check out his channel for more video series!

An enormous amount of Python content for all skill levels from the most popular Python YouTuber on the web.

Check out his channel for more video series!

It's our channel! We are slowly gathering content here directly related to Python, our community and the events we host. Come check us out!

A collection of videos made by the PyCharm team at JetBrains on subjects such as TDD, Django, pytest and much more!

Episodes of their "What does this package do?" series go over all sorts of libraries in Python both in the standard library and from the community and give a video explanation of the key concepts. 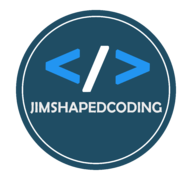 JimShapedCoding contains a set of YouTube tutorials covering things from Flask to GUI development in Python:

Check out his channel for more videos!

A trove of tutorials & guides for developers from Microsoft's Developer hub. Follow the links below for a series of high-quality Python tutorials for beginners.

Microsoft's Python Development Team also runs a Discord Server for discussions of Python in the Microsoft ecosystem, including Visual Studio Code and Azure.